This site doesn't support Internet Explorer. Please use a modern browser like Chrome, Firefox or Edge.

by Nick Jones and Si Clark

“One Night in Beartown is an awesome read; one of the best kids’ books this year; it’s most highly recommended.”

“One Night In Beartown is a glorious book that deserves to be snapped up by a production company and turned into a Christmas tradition along with those well known animations of books by Raymond Briggs or Julia Donaldson.”

"A beautiful children’s story of friendship and resilience. Packed with vivid illustrations, an engaging story, and strong thematic messages that should resonate for young children, this is a unique addition to any bookshelf, and one that can be returned to time and again." 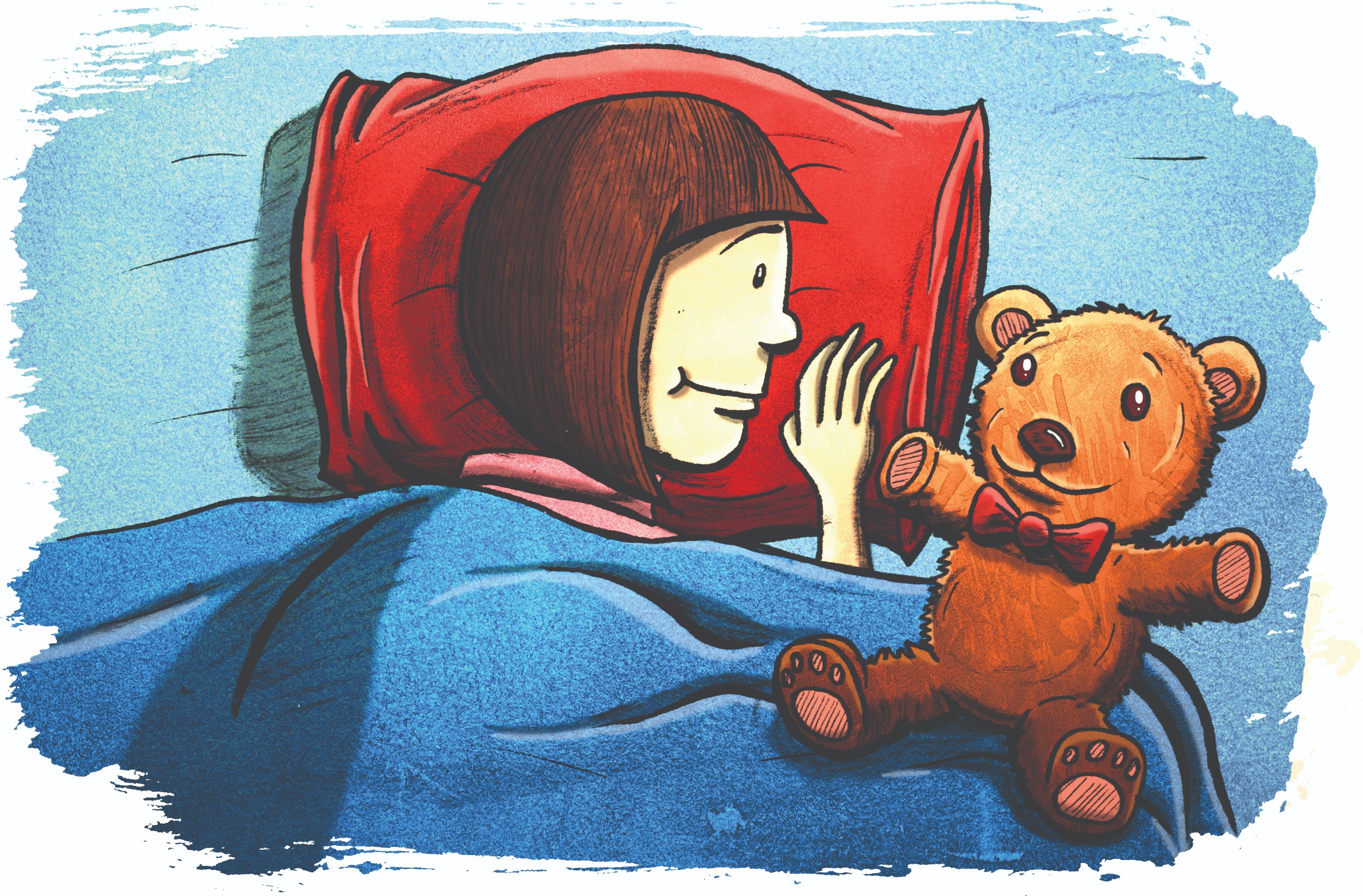 When bear-mad schoolgirl Sandy Lane has her beloved teddy bear Berisford confiscated at school, she dreads the thought of going a whole night without his cuddles.

Little does she know that a bear-rilliant night awaits her, involving Berisford, a bear statue and many other wonderful friends!

Si Clark is a London-based illustrator and animator, and a long-time friend of Nick's. He illustrated Sarah's Shadow and One Night in Beartown, and the two have a number of other projects in the pipeline.

One Night in Beartown was inspired by the Bearmania festival that took place in Congleton in 2011. The painted bears from the story can still be found if you drive around the town looking for them! We're very excited to share with you that 2021 will mark the 10-year anniversary of Bearmania and a group of passionate Congletonians are working hard to organise a follow-up event. We will provide more info as we get it, but here's a link to the website about Bearmania 2, which will be updated soon!

During lockdown in the summer of 2020, Nick Jones decided to try raising funds to produce One Night in Beartown, having written the story two years earlier. He needed to raise £3,500 to fund the illustration and printing costs, so he set up a Kickstarter campaign and appealed to Congleton's businesses and citizens, who very kindly pledged money to support him. Not only that, but people around the UK and even Germany, France, Australia and America got on board. Within 30 days Nick had raised over £4,000, which made the One Night in Beartown dream a reality!

If you would like to buy the One Night in Beartown book or merchandise, please visit the publishers' website: full-media.co.uk. To contact Nick directly please email [email protected]. Thanks for visiting the site and please let us know if you have any questions or requests!